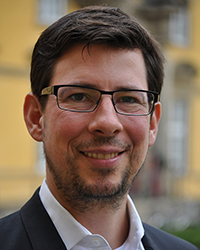 Michael Oehler studied systematic musicology, linguistics and phonetics at the University of Cologne, Germany, from 1996 to 2002 and business administration until 2004. From 2004 to 2006 he worked there as a research assistant at the Institute for Musicology.

In addition to professional positions at Sony Music Entertainment in New York  among others, he was a shareholder of IAMP Solutions from 2005 to 2013. Based in Cologne, the company developed technical and conceptual solutions in the field of musical acoustics / sound synthesis as well as in the field of digital archiving, management and online publishing of music and scientific data.

He received his PhD in systematic musicology from the University of Music, Drama and Media in Hanover, Germany, in 2007. There he worked as a research assistant until February 2011 and led the project group cataloging and digitization of the Music of Man Archive. In addition to teaching positions at various universities in Germany and abroad, he held a professorship at the Media School of the MHMK Macromedia University of Applied Sciences Cologne from 2011 to 2014. In the winter semester of 2014, he moved to a professorship for Musical Acoustics at the University of Applied Sciences Düsseldorf, where he worked until he took over the professorship for Music and Media Technology at the University of Osnabrück in early 2017. From 2010 to 2021, he served on the board of the German Society for Music Psychology (DGM), of which he was president from 2014 to 2021. His research interests are in the areas of virtual acoustics / VR audio, musical acoustics, and computer audition.